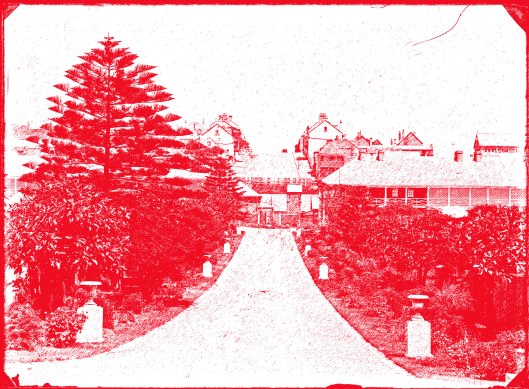 Dr Ann Hardy’s thesis  ““. . . here is an Asylum open . . .” Constructing a Culture of Government Care in Australia 1801 – 2014″ on the national significance of the former James Fletcher Hospital site is now available free of charge on the University’s NOVA database.

It explores the earliest permanent settlement at Coal River, NSW, the Newcastle Government Domain (NGD). This was the site of Government House, early convict administration, military barracks, then Girl’s Industrial School and Reformatory and finally as a ‘lunatic asylum’.

The Newcastle Government Domain was the site of the first Government institution for the intellectually disabled in Australia, opening in 1871. This thesis explores the transition of the NGD from active health care campus to heritage site tracing and exploring contemporary issues in heritage, the role of interdisciplinary non-governmental organisations in heritage advocacy and the possibility of overtly recognising the positive benefits of heritage conservation for mental well-being at this and other sites. The diverse strands of this research are taken in many directions that are of importance for debates in the field of history and heritage and historical archaeology.  Particular emphasis is given to links between cultural heritage and well-being.

“ ‘Here is an Asylum open…’ Constructing a Culture of Government Care in Australia 1801–2012” by Ann Hardy PhD candidate in the School of Humanities and Social Sciences.

Presented on the 7th September as part of the 2012 History Seminar Series in Cultural Collections Auchmuty Library, University of Newcastle (Australia)

Abstract: The nineteenth century saw a burgeoning of Government institutions in the Colony of New South Wales. Rapid social change in the course of that century generated a need for state-sponsored provision of care and a reorganisation of the management systems that oversaw those services for the state’s growing population. The Newcastle Government Domain (also known as the James Fletcher Hospital) is used in this paper as a case study to demonstrate how administrators used such institutions to alleviate a variety of problems in the Colony. By considering the many uses and policies introduced at the Newcastle hospital, this study explores whether a planned approach was intended, or whether it was simply a ‘testing ground’ aimed at dispersal.

Whatever the case, the result was an ‘accidental’ institution that remains in place as a government institution in 2012.

The announcement on the 28 June 2010 by the Minister for the Hunter, Ms Jodi McKay, that the NSW Government will maintain the historic James Fletcher site in public hands as a mental health facility presents Newcastle with a unique opportunity.

A combined effort from the mental health sector, heritage interests, Newcastle Council and State Government with the support of the business community and the general public can make the James Fletcher site a jewel in the City.

“We are passionately involved in making sure that this site does not repeat the mistakes we have made with other significant properties such as the Hunter Street Post Office and Surf House”, Mr Di Gravio said.

“The key is to open up this long secluded site to the public, both to destigmatise mental health and to allow appreciation of the remarkable history of this seat of government, military barracks and, since 1871, a mental hospital.

“A plan has been presented to Hunter New England Area Health and the Minister for the Hunter outlining how social enterprises could assist young people with mental health issues and assist in enhancing the heritage value of the site.

Mr Di Gravio said “A number of other players in the Newcastle community have been approached and have committed to the overall plan. Church groups, youth services, mental health professionals business groups, the University and others have all agreed to assist in keeping the James Fletcher site busy and engaging with the community”.

“As heritage listing is finalised and Hunter New England Health moves ahead with its plans for the site, we look forward to a process of active engagement”.

As the first seat of Government in Newcastle, the James Fletcher site is the premier site of cultural capital in Newcastle’s history that encompasses the original seat of Government dating from 1804, the first government house and garden, convict coal workings (1814), parsonage (1819), military barracks (1838), parade ground, along with a range of asylum and hospital buildings (1871+).

“If this site is treated with the respect it deserves and if the focus is making the site an active part of the community, the will is there to show leadership in how heritage can add value to join the dots and make the connections. This is a unique opportunity to showcase how a common goal can deliver a benefit to the people of Newcastle, New South Wales and indeed Australia”, said Mr Di Gravio.

The Coal River Working Party is planning to meet with various groups to fully explain the concept plan and to seek creative input for a practical outcome.